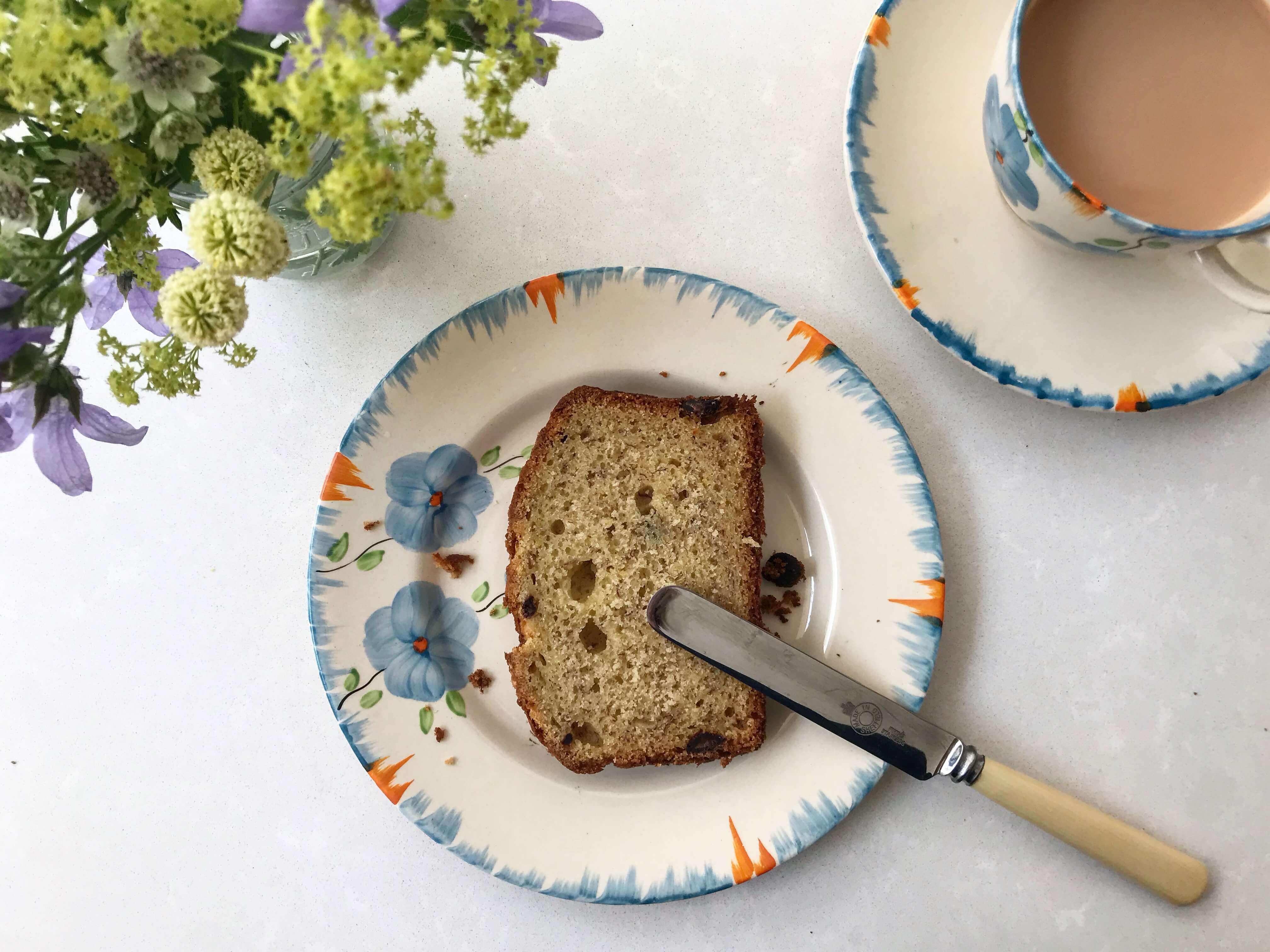 With the start of Wimbledon this week and a bunch of bananas rapidly browning on my worktop I thought this could only mean one thing (bear with me here).

For, as any even vaguely attentive fan must be aware at this point (given the tendency of the BBC commentators to repeatedly point this out whenever the British female No. 1 is on court), Johanna Konta LIKES TO BAKE. And not only does she like to bake, but apparently she’s branched out into gluten-free baking, the results of which Novak Djokovic is the lucky recipient.

And so while it may be more than a decade since women won the right to equal prize money at the oldest tennis tournament in the world, it seems as if the commentators are still yet to emerge from the twentieth century.

Never mind. I’ll park those gender issues to one side and get right back to the kitchen. I’m fully aware of the irony, but if I don’t do something with those brown bananas in the Wannabe household, quite frankly no-one else will. Perhaps if my job wasn’t writing and I was the UK’s tennis no. 1 instead, everyone would find this quite remarkable. Instead it’s the norm.

Yes, we still have a long way to go, folks.

I’ve toyed with gluten-free banana bread before and it was good. I’ve never needed to experiment further. But this week there was such a glut of bananas that I really needed to up the banana quotient in any recipe I chose to make just to use up the damn things. I even had enough to make two versions: one gluten-free and one with regular flour (so I could play a blind tasting game on the poor, innocent Wannabes).

The recipe I used was adapted from Mary Berry’s Simple Cakes. (When I say adapted, strictly speaking it was exactly the same. I simply added some chocolate chips into the mix at the end.) If I were to make any changes, I’d drop the sugar content; it’s very sweet.

I thought my previous recipe couldn’t be bettered; I was wrong. This is an all-in-one recipe so therefore very easy to make and, considering I used gluten-free flour and those kind of cakes are quite fragile, this one held its form perfectly. It rose beautifully and the crust was good.

The Wannabes couldn’t tell the difference.

Johanna Konta eat your heart out.

Do you know anything else I can do with brown bananas other than make banana bread? If so, I would love it if you shared in the comments below.