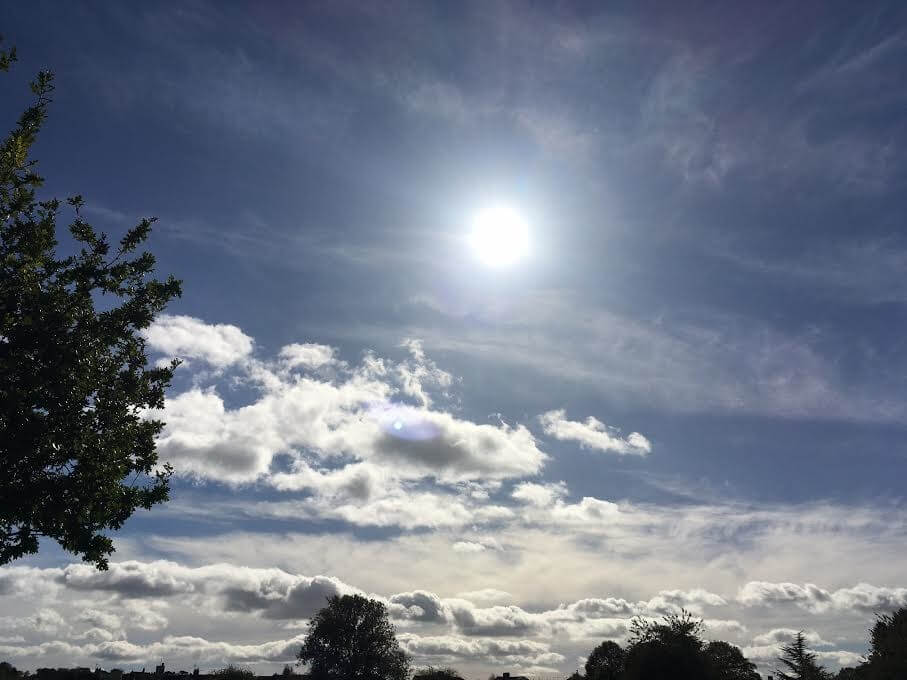 As we have now moved beyond the autumn equinox and seem to be charging inexorably towards the dark days of winter I thought I’d take a look at Vitamin D, otherwise known as the “sunshine vitamin”.

But why is it important and how much of it do we need?

There’s always lots of press about Vitamin D this time every year, but our modern lifestyles (wearing clothes, working indoors, using sunscreens) means that it is estimated that half of the world’s population is Vitamin D deficient – so certainly still a subject worth raising.

Vitamin D is essential for healthy bones, teeth and muscles. But the benefits don’t stop there. There’s been a steady stream of research indicating that it provides a host of other health benefits including boosting the immune system, preventing a range of cancers, protecting against multiple sclerosis and preventing rheumatoid arthritis, and acting as an anti-depressant. So it’s worth making sure that we are getting enough.

And there’s more! Vitamin D – or a lack of – has also been associated with sleep disorders, Seasonal Affective Disorder (SAD) and other mental health problems.

As our main source of Vitamin D is from being outdoors and exposing skin to (Ultraviolet B) sunlight, it’s really important to get our daily dose of sunshine. So does it matter that we have less sun here in the UK in  the winter months?

The bad news is that in the northern hemisphere the sun is only strong enough for our skin to make Vitamin D from April to the end of September, and while our bodies can store surplus Vitamin D, it is only for up to two months.

How do we get it?

However, you can get Vitamin D from a small number of foods including oily fish (such as salmon, sardines and tuna), red meat, liver and egg yolks. It is also found in fortified foods such as breakfast cereals and fat spreads. Public Health England recommends everyone over the age of one needs to have about 400 IU (10 micrograms) of Vitamin D each day to stay healthy. As this is equivalent to one salmon fillet or 10 egg yolks it might be a good time to either stock up on these groceries or think about taking a supplement to get you through the winter months.

(You could consider a lovely winter break in the Caribbean, but I can safely guarantee that isn’t happening to anyone in the Wannabe household this year. Or any year in the foreseeable future for that matter.)

If you do decide to take a supplement, Vitamin D3 (as opposed to D2) is the best kind of supplement to take (veggies note it is hard to find vegetarian ones as Vitamin D3 is mostly found in animal products) and it is available in both tablet and spray form, which is apparently easier to metabolise.

And just as you can easily burn if you’re not careful, you can also overdose on supplements – although you need to work hard to. A daily intake ranging from 40,000-100,000 IU (1000-2500 micrograms), for one to several months, has been shown to cause toxicity in humans. Even a maths dunce like me can work out that that’s one hundred times the recommended dose. Every day.

One UK survey showed that more than half of the adult population in this country has inadequate Vitamin D levels and 16% have severe deficiency during winter and spring. I know hardcore supplement naysayers who think that this is the only one worth bothering with.

OK, I’ve talked myself into it and am just popping out to get some Vitamin D in a bottle. Who’s with me?