Upekkha: The Freedom in Letting Go 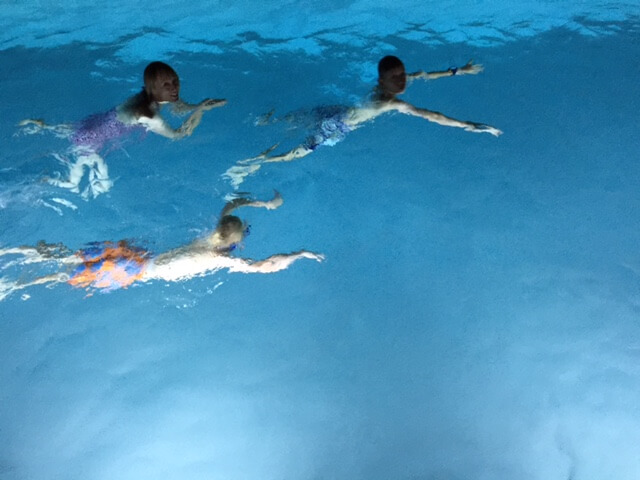 With the anniversary of the Manchester bombing coming up next week I am reminded of what a turbulent and difficult year it has been.

That devastating bombing was followed very quickly by another terrorist attack on London Bridge and then the traumatic Grenfell Tower disaster. Here in the UK we’ve experienced a hung parliament and watched in disbelief at the election of Trump on the other side of the pond (whilst still reeling from the results of our own Brexit referendum).

The Middle East appears to be mired in a permanent state of crisis and North Korea? Don’t even go there.

It’s all too easy to become overwhelmed by news events, both domestic and international, especially when a Twitter feed can turn a trickle into a tsunami.

The knowledge of what has happened in the past combined with the uncertainty and fear of what the future might hold can sometimes seem too much to bear. And what can you do about all of these awful scenarios? Trying not to think too much about them and burying your head in the sand instead often seems like an attractive option.

But it’s in the thinking about things that might actually hold the key.

It’s just how you think about them that makes the difference.

As Swami Satchidananda (the opening speaker at Woodstock) said: “You can’t stop the waves, but you can learn to surf!”

By cultivating Upekkha – the fourth of the Buddhist Brahmaviharas or virtues – you can learn to face the fluctuations of the world with equanimity. External events are beyond your control but you can observe and begin to manage your response to whatever life throws at you. As you learn to let go of any emotional response or attachment that arises in you, life takes on a more even keel.

Surf or swim then; whichever metaphor you choose, hopefully it will keep you afloat!

But how to do this?

When dealing with awful news events, mindfulness helps us cultivate a mind that is able to accept the unacceptable and reconcile these external events with the need for clarity and composure in our own minds.

Meditation or breathing might spring to mind as obvious ways to explore this but I still haven’t mastered those arts. I get distracted during meditation and thinking too much about my breath makes me anxious, alters my breathing and ultimately feels more like two steps back without any step forward.

If you take Swami Satchidananda’s analogy literally it’s not so far fetched. Swimming and surfing can both be opportunities to practise mindfulness and be in the moment rather than focus on any particular outcome. I don’t surf, but I can imagine that caught up in a wave trying to stay upright on your board requires 100% of your attention. And forget about your speed when swimming, observe instead the physical sensation of your body being in the water or your limbs orchestrating to propel you forward.

For me, physical asana yoga practice offers a good opportunity to practise mindfulness, although this hasn’t always been the case.

Why do I practise? Initially it was because it made me feel great. Then, I hoped I’d get a yoga body like my teacher’s and one day maybe even do a headstand. But while yoga continued to make me feel great physically, I came to the slow realisation that perhaps the results I had hoped to get from it might be unrealistic, no matter how hard I practised.

At some point it is inevitable that external factors beyond your control such as anatomical restrictions, injury, ageing or illness will affect your practice one way or another.  In my case it was all of these plus life itself (those pesky time-consuming kids).

At such times, you have the chance to practice equanimity. By letting go of your attachment to the results you have been seeking (wanting to practise yoga but having too many other commitments; wanting to achieve that headstand but not being able to balance) equanimity gives you the will to persist, regardless of the outcome.

Perhaps this is why I have been so attracted to Scaravelli-influenced yoga recently, in which poses become mere frameworks for exploration, turning the practice into a mindful, meditative one that is more concerned with the journey rather than the destination. Your yoga practice on the day merely is what it is that day and nothing else. Letting go of your attachment to the final posture, or even practising at all if you simply don’t have the time, is liberating.

Rather than a response driven by emotion, Upekkha is cultivating a state of even-minded openness that allows for a balanced and clear response to all situations.

Once you have mastered this in your yoga practice, you can apply it to the wider world. Small things at first perhaps – not getting frustrated because your office kitchen has run out of coffee or cross that your train has been cancelled – before applying it to politics or world events.

Equanimity allows acceptance of the unknowable and uncontrollable nature of things. It is a radical acceptance that leads to peace and freedom – despite whatever unpleasant situation we find ourselves in or the state we perceive the world to be in. When we learn that there is very little we can control other than own our reactions to circumstances, we learn to let go.

Surely that has to be the ultimate freedom?