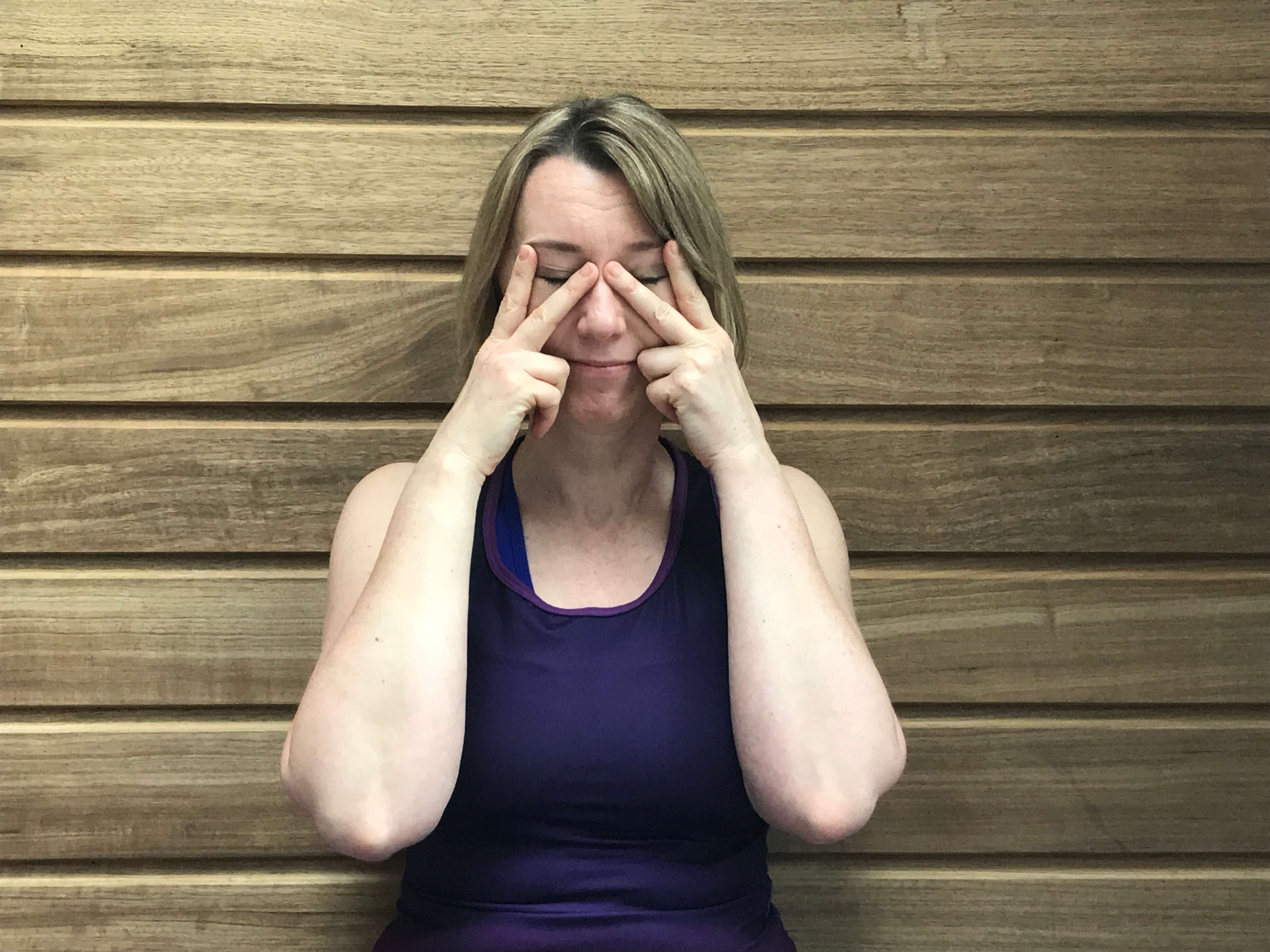 Someone (not a yogi) told me that Face Yoga/Facial Yoga was “the next big thing” and that I must write a post about it. Then I saw that results from the first scientific research on this had been released and I thought that perhaps it was worth taking a closer look after all.

We all know that skin loses its elasticity as we age. Collagen, the plumping agent in the skin responsible for skin strength and elasticity, drops off by around 1% every year from the time we hit 20 (yes, that early). We also have these things called – rather delightfully – fat pads on our face.  They fit together like a jigsaw puzzle and sit between the muscle and skin and thus give the face much of its shape. As we age these fat pads atrophy and become thinner, causing the face to “fall down”. That appears to be a technical term.

The theory is that if the muscle underneath becomes bigger, it takes up the space lost by the thinning fat pads and the face appears fuller. This counteracts the effects of age-related fat thinning and skin loosening. Which makes sense, if also for depressing reading.

The research came from Northwestern University Feinberg School of Medicine which devised a series of exercises in conjunction with Gary Sikorski, who runs Happy Face Yoga. It took a sample of women aged 40-65 (yes, I fall into that category) who were taught a series of exercises to perform at home (you can access these here). Before, during and after photos were taken and assessed using a standardised facial ageing scale (the Merz-Carruthers Facial Ageing Photoscales). It was concluded that the average age of how participants appeared dropped from 50.8 years old at the start to 48.1 years after 20 weeks. Which is most definitely a result.

But here’s the catch: for the first eight weeks, the women did the exercises daily for 30 minutes. From nine to 20 weeks, they did the same exercises every other day for 30 minutes a session. Who has time for that?! If I had that much free time I wouldn’t spend it doing the “Happy Cheek Sculpting” pose I can tell you.

Gary Sikorski is not the only proponent of this type of facial improvement. I have a friend who swears by the Eva Fraser method (“Just trying to keep the jowels in check!”) and, it has to be said, she looks great. She had Eva Fraser’s people come to her house to train her in the exercises and practises them religiously.  That requires investment of more time and money than I have.

While researching this post I also came across “World Leading Face Yoga Expert” (according to who?) Danielle Collins. In addition to exercise she believes that the loss of collagen can be combated through what we eat, what we apply to the skin and also through facial massage. Which sounded more appealing.

But she too recommends a substantial investment of time: 20 minutes six times a week. Still, it was clearly going to be easier to follow her on YouTube than it was trying to read through the exercises as suggested by the Northwestern University Feinberg School of Medicine with my eyes shut. Then I came across a five minute video – bingo! It was all going so well until during “The Giraffe” when I could feel myself frowning and, surely, therefore undoing all the good work I’d just done in “Smooth the Brow”.

Perhaps I was concentrating too hard. Perhaps I just needed to lie down for a bit of restorative yoga instead and smooth out my brow that way!?

Like most yoga teachers Danielle Collins looks great but I couldn’t find out her biological age anywhere. It appears to be a closely guarded secret. Why? If she’s about my age then yes, she’s a walking advert for Face Yoga. But if she’s 30? Forget it. (She won’t be 30, but I still don’t understand the coyness).

It’s all about priorities. If you have the time and the inclination then facial yoga probably does help with how you look and smooth out those lines. But with a free 20 minutes I would probably choose to do some “real” yoga instead, even if that only involves putting my legs up the wall.

So there you have it. Facial yoga: the lowdown. Or in my case: the liedown.

The photograph was supposed to be me demonstrating the “Upper Eyelid Firmer” pose but, in retrospect, I think it inadvertently sums up how I really feel about facial yoga! What do you think?