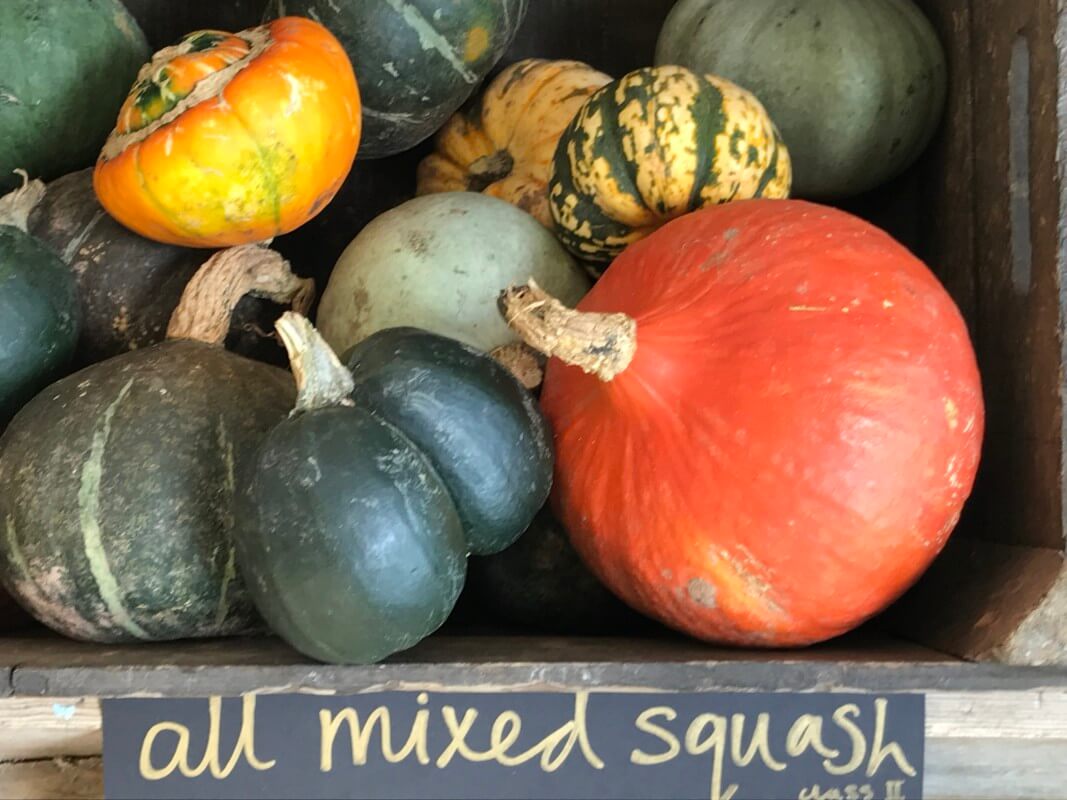 A Warming Soup for Autumn

It’s that time of year when you can’t move for pumpkins in the shops. Today they were (literally) spilling out onto the floor at my not-so-local but very organic grocers. After admiring them, I bought two of the most expensive ones known to man. Look at these beauties, who could resist?

Squashes such as these contain masses of beta-carotene which, when ingested, is turned by the body into Vitamin A. Like Vitamin C, Vitamin A is a powerful antioxidant and great for the immune system. Just what is needed at this time of year.

Now, I have no idea which types I purchased, the only squash I can reliably recognise being the ubiquitous butternut and, at Halloween, the pumpkin (aka Baby Bear squash). What I do know is that the greater the diversity in crops grown the better for our ecosystem – which I’m all for – so I was happy to pick two completely different varieties at random. A bit like a lucky dip.

Having purchased the things I was then left wondering what on earth to do with them. I have always found pumpkin soup a little cloying and overly sweet and I wondered about looking for a recipe with spices in it. You know, something warming and suitably autumnal. Mr Google came up with lots of recipes involving boiling the pumpkin up and adding a few spices and maple syrup (WHY?) but none of them appealed.

Then, co-incidentally, I happened to go out with a friend of mine who has recently spent a month travelling in Vietnam (lucky thing; she’s retired, so she can) and she mentioned that they’d had loads of pumpkin soup there and that it was utterly delicious. While I love to eat Asian food, cooking it is well outside my comfort zone – too much overly complicated faffing about with spices for my liking – but I did find a recipe that seemed relatively easy, light on obscure ingredients and so, in my opinion, worth a go. Thanks to Andrea Nguyen at www.vietworldkitchen whose recipe I have adapted.

2 small squashes (smaller ones are better for cooking with, use large pumpkins for carving only!)

I won’t lie. The whole pumpkin thing (deseeding, deskinning) was a bit of a faff and the soup is a little sweet for my taste (it is pumpkin after all). But it is really delicate and a huge squeeze of lime changes the character of the soup into something altogether more interesting. “Yeah, I could eat that for lunch,” said the Wannabe teen. “As long as I had enough baguette.” Praise indeed.